News
We organise and take part in events throughout the year. Discover our main events here. 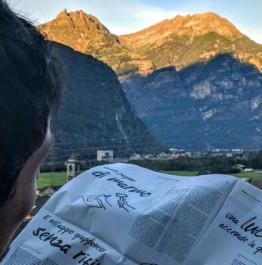 Go back to events

//
All around the world, Paris

It is 7:00am, waking up too early for your biological clock, you stop the alarm clock on your phone and see 5 notifications:

Psychic numbing : a consequence of the constant stream of bad news

The access to information has been revolutionized by Internet. In the US, 30% of the news consumed by citizens are done through Facebook. In France, 73% of young people report reading information from social networks on their mobile. Information is now available at every time, to the point where you don’t need to go and get it, it is coming to you. Sometimes even against your will: we are frequently bombarded with news that are not exactly optimistic. This constant stream of negative news is not only mentally exhausting, it could also be negative for our compassion: human brains are incapable of coping with prolonged catastrophes, a phenomenon called “psychic numbing”. This concept developed by Paul Slovic corresponds to the emotional shutdown that arises from a sense of helplessness as the number of victims in a tragedy grows. 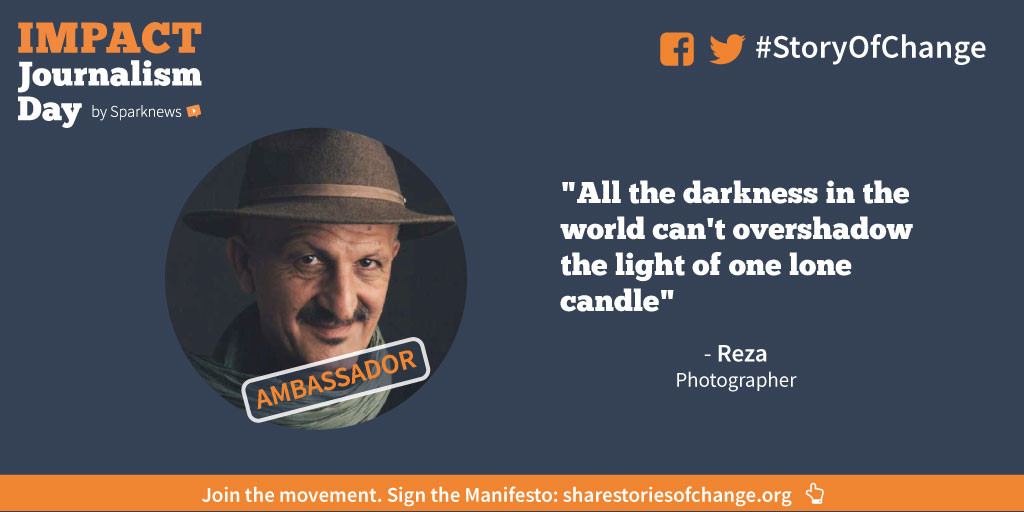 Actually, beyond the constant stream of negative news and chaos, many solutions do exist to the world’s most pressing issues. They are local answers carried on by often unknown men and women. Humble successes, they could totally change the world we know for the better if they were replicated. A first step is needed: shed light on these initiatives. Impact Journalism is about fighting the numbing. Regain compassion through inspiring stories that do not fade in face of the difficulty of the challenge.


For half a decade, Impact Journalism Day has been working on writing a new narrative for our world together. On June 16th, more than 50 media partners (Le Figaro, El Pais, La Nacion, Folha de São Paulo, The Straits Times, etc.) will join forces to simultaneously publish storiesof concrete solutions pioneered by men and women, reaching 120 million readers worldwide. Last year, Sparknews launched the Manifesto, a growing movement of hope and change. Influencers from across the globe have already joined the movement to spread the positive stories (Muhammad Yunus, Arianna Huffington, Mary Robinson, Jennifer Morgan, Nicolas Hulot, Yann Arthus Bertrand, Bertrand Piccard….) along with institutions such as One Young World. Join us to spread these stories of solutions, help them cross borders and have a greater impact.

“[Impact Journalism Day] is an insightful experience that shows that communities around the world can be united by their problems and solutions to create a better world for us all,” 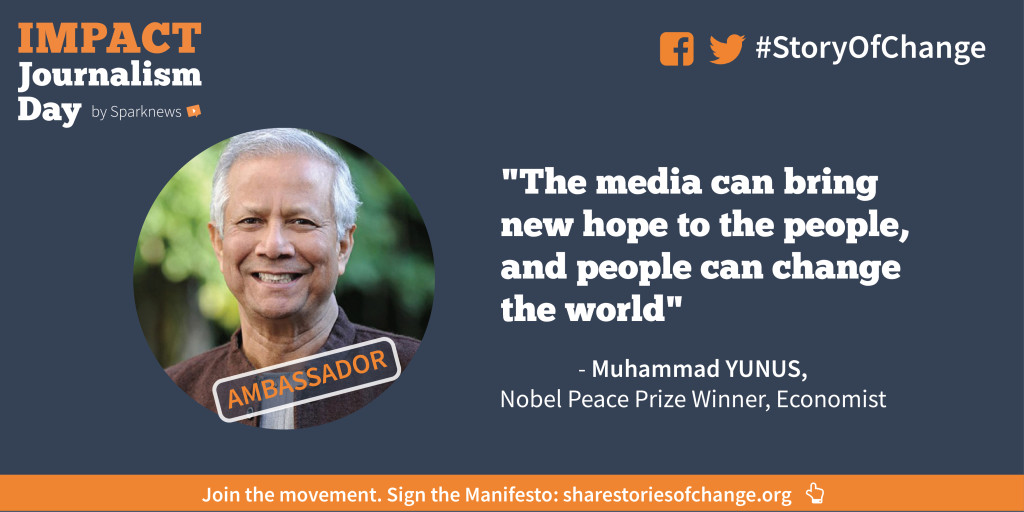